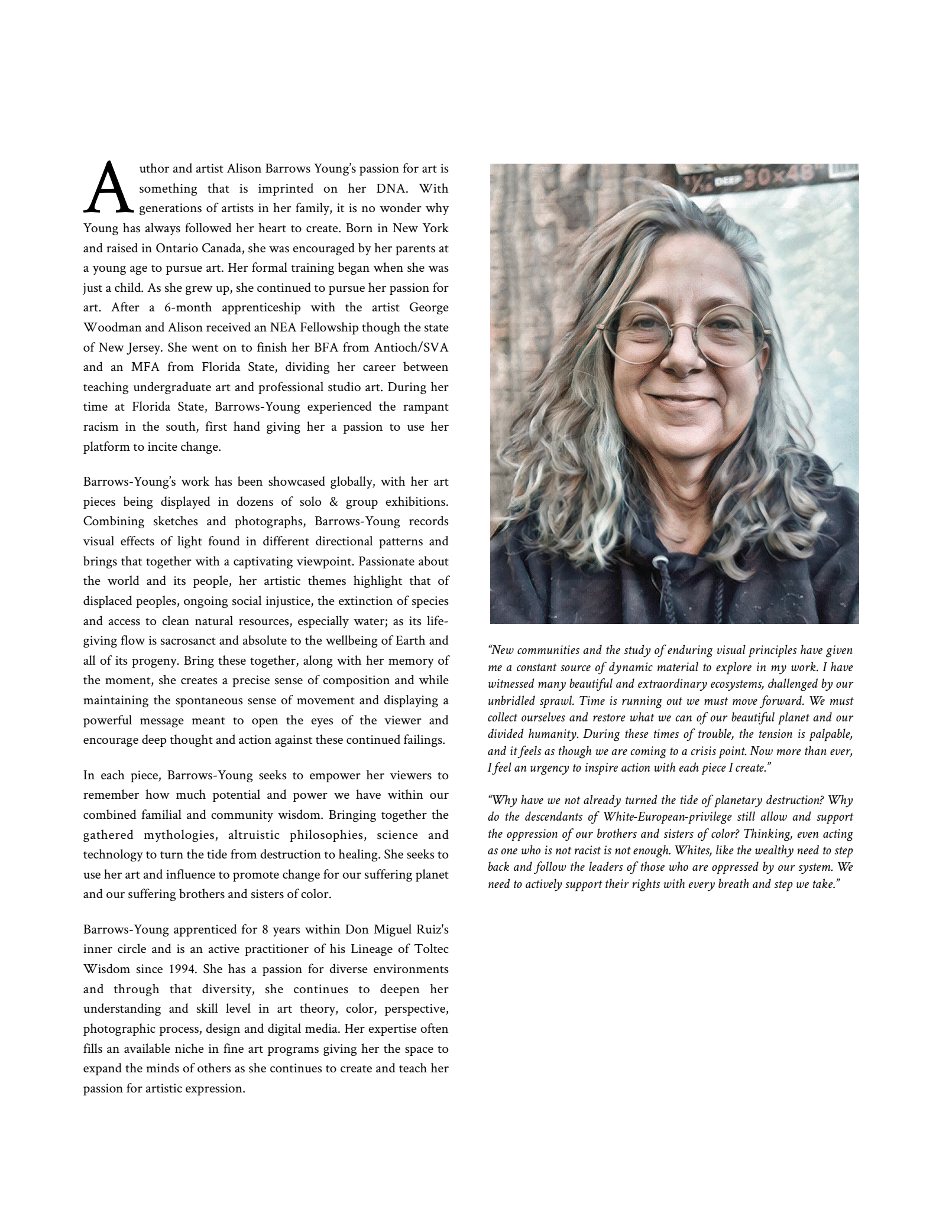 “I have come to believe that I require art. For me art is a compelling way of life, it promotes essential self-expression as well as inter-relational and intercultural connection. It is for me the most powerful way to articulate my quandaries as well as my discoveries, passions, and dreams.”

Through the years my artist voice has gathered into an alliance with my preference to live in the wilderness, to preserve nature and to advocate for the earth.

I am devoted to self-awareness, living peacefully within our biosphere and to nurturing youthful persistence. I hold this path as a mother, grandmother and mentor for those who are borne to me through my body, my wanderings and upon the wind. 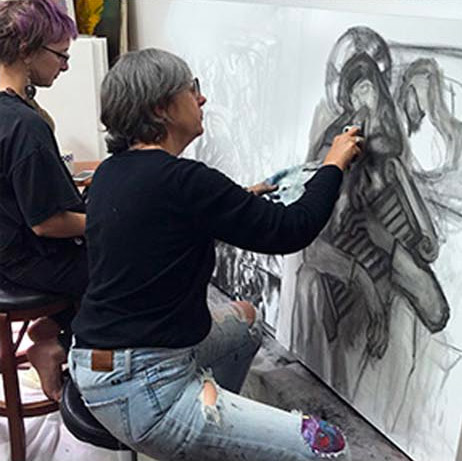